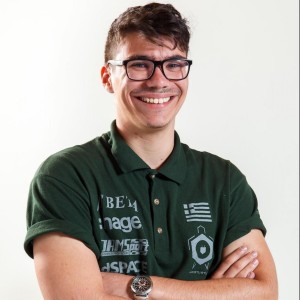 February was all about foldable touch screens. As we had suggested in January’s news roundup, smartphone manufacturers made major announcements.

These announcements came either from standalone events (like Samsung’s Unpacked event) or during the Mobile World Congress (MWC) that took place in Barcelona from the 25th through the 28th of this month.

So, let’s dive in and see the news and highlights of the touch sensor industry that stood out in February 2019. After years of speculation and months of teasing, Samsung gave us a proper introduction of its foldable device and it looks to live up to the hype.

The much awaited device finally has a name: the Galaxy Fold. The Fold was introduced in Samsung’s Unpacked event on the 20th of February.

When the phone is folded, it has a 4.6’’ AMOLED touch screen. When it’s unfolded, a glorious 7.3’’ foldable AMOLED display emerges. Consumers will be able to get their hands on the handset starting from April 26th.

You can see the full specs of the phone here.

But Samsung was not the only one to announce a foldable phone. Huawei released the Mate X a few days after Samsung, during MWC.

While Samsung opted for the clamshell design, Huawei placed the foldable screen on the outside of the device. The Mate X has a 6.6’’ touchscreen when folded that converts to an 8’’, tablet-sized display when unfolded.

With both devices placed in the near $2,000 price bracket, we’re eager to see if their pros will outweigh their cons and manage to satisfy the early adopters of the foldable technology.

The Galaxy Fold was not the only device Samsung announced at its event. As 2019 marks the 10 year anniversary of the Galaxy series, Samsung also unveiled the new Galaxy devices, codenamed Galaxy X.

The new flagships push the current smartphone technology to the limits with several never before seen features. However, what stood out in our opinion is the ultrasonic fingerprint reader that’s underneath their touchscreen.

The innovation here isn’t the fact that the fingerprint scanner is housed underneath the screen. We’ve seen that before with devices like the OnePlus 6. However, the ultrasonic technology involved is a very promising first! Ultrasonic Fingerprint readers will make even some memes obsolete

A smartphone around your wrist

Nubia launched a unique device during MWC that created a lot of buzz. It’s the Nubia Alpha Smartwatch. Don’t let the word “smartwatch” fool you. It’s actually a smartphone that wraps around your wrist. The Alpha can be controlled via its 4’’ touch screen or gesture controls. These controls allow you to do things you’d normally do on your smartphone, like browsing or taking pictures (yes, it even has a camera).

It certainly looks like a bold design choice by Nubia. We’re curious to see if consumers can wrap their heads around it. Or rather the Nubia Alpha around their wrists.

Capacitive controls are steadily becoming the new norm in the automotive sector.Yet, they still remain somewhat controversial, even in 2019. February, had companies expressing both sides of the coin.

On the one hand, we saw Faurecia doubling down on the digital cockpit, by signing a partnership with Japan Display Inc. The main goal of this partnership is to enhance the user experience of the cockpit of the future, by having both companies combine their expertise on their respective fields.

On the other hand, Mazda seeks to purge touchscreens from its cars. The company justifies this move with safety concerns, like taking eyes off the road. The solution they came up with is a head-up display that reduces said time.

An interesting, new patent by Apple

A new patent from Apple about self-capacitance and mutual capacitance touch-sensor panel architecture has been filled.

Doing so can help can improve the touch sensing performance of the system while reducing the number of electrodes and corresponding routing traces, and can help to decrease and optimize cost and facilitate system integration. That was it for February 2019! Once again, it was a busy month for the touch industry.

See you again in the end of March, with all the latest news of the touch screen industry.

In the meantime, you can keep in touch with us by subscribing to our newsletter and get our latest post delivered directly to your mailbox.